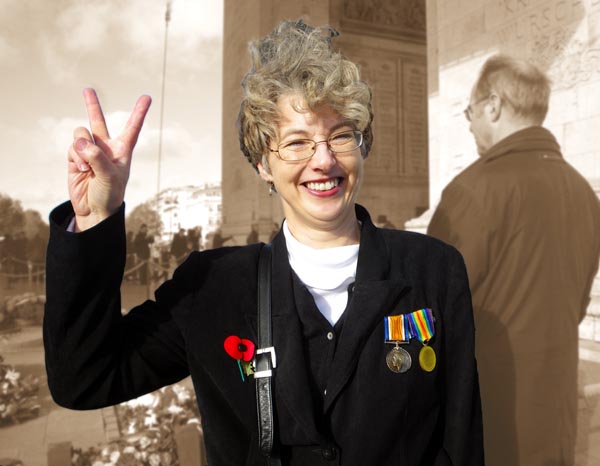 I met Henrietta at the Arc de Triomphe in Paris, France. She wore the medallions of her grand father. She told me her grand father did not die in the war. instead he killed himself graduately with so much smoking cigarettes after the war.
Henrietta made this gesture with her hand in order to show her solidarity with peace all around the world with new hope of elected new American president, Barack Obama.